The Arab  trade balance tends to the external face at the expense  of the exchange between Arab countries, The percentages of Arab trade exchange, Not more than 4  , while the proportion of exports of Arab countries to industrialized countries is about 70 of their total external exports. And approximately 16 to developing Arab countries (including oil exports)

The main reasons for the weak trade between Arab countries can be summarized as follows:

3) The inefficient transport of land, sea and air connecting parts of the Arab countries, The flow of goods is hampered on a regular and rapid basis.

4) different political systems and the occurrence of political differences between siblings, All of you directly affect the trade

5) inefficient organizations established to promote trade, Such as the Arab Common Market and the Council of Economic Unity, Fully to carry out its duty in spite of all the efforts made by these organizations to overcome the problems that impede their full success.

In order to give a clearer picture of trade evidence between Arab countries. The following table has been prepared by the Economic Commission for Western Asia: Having learned that trade between Arab countries is still weak, Then we must take practical steps to increase it, In a comprehensive Arab planning, all Arab countries are committed to putting it into effect in the shortest possible time, namely:

1) Raising the efficiency of transport and road transportation, land, sea and air, There is a good use of national and international expertise, As it is already happening in Iraq and some other Arab countries

2) All Arab countries shall prepare valid lists of goods that they produce and are exportable, as well as the goods they import. This is done on a regular basis to familiarize everyone with these lists and to try to meet their demands.

3) to try to move away from the trade relations between the political differences that emerge between the Arab countries and which are negatively reflected in the movement of trade.

5) easing the monetary restrictions between Arab countries, especially those related to the annual budgets for import.

6) The formation of an Arab technical body based on supporting Arab exports and imports to find subsidiary bodies that are distributed in all Arab countries and provide them with data and information about the economic conditions in each Arab country.

The development of foreign trade for the Arab nation

That oil countries are seeking not to expand exports while seeking to expand this increase in imports in line with their conditions ILR to reduce surplus in the balance of goods and services, Or at least not to increase it at high rates.

If we want to know the relative distribution of exports and imports of goods and services to the Group of Arab countries (oil and semi-oil and other countries), we have shown that the share of oil countries in the total exports of the Arab world far exceeds the share of both the oil and other countries as well as The share of oil countries is almost equal to the two groups of Arab countries mentioned… The Arab world is almost dominated by exports from the following commodities: Gum arabic, dates, phosphate, crude oil, wine, This follows all cotton seed, cotton (cotton fibers), lead, olive oil, citrus fruits and sesame seeds. There is no doubt that other goods will occupy their place in world markets after the completion of the many industrial projects currently in the Arab countries. These are petrochemicals, sulphur, phosphate fertilizers and cement. 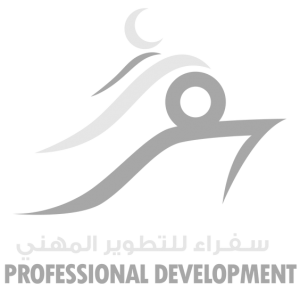